I'm taking a quick break from my family recipe adventure to bring you APPLESAUCE!

I had a gazillion (37) apples from my farm share this week. Doc has been taking one to work every day, and I've used a couple here and there. I use applesauce a lot in baking, so I decided to preserve some of my own to use throughout the year (or until it runs out...) 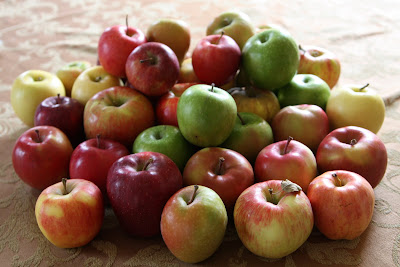 Here's how to make and preserve your own apple sauce!

1. Sterilize your jars. See directions below.

2. Start off with beautiful Oregon apples. 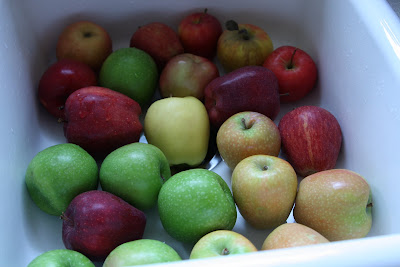 I used a lovely mix of tart, sweet, fruity, earthy- tasting apples, including this crazy-colored one. Anyone know what type it is? It was a little mealy, but tasted as you would imagine, with almost a hint of strawberry! 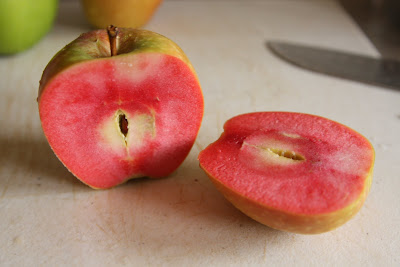 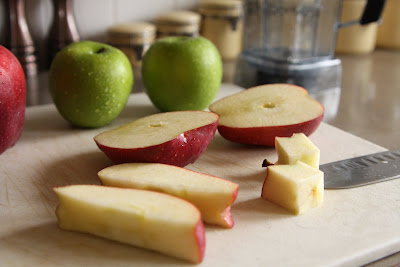 Save the butt and top part of core for your doggle friends. They'll give you lots of kisses. 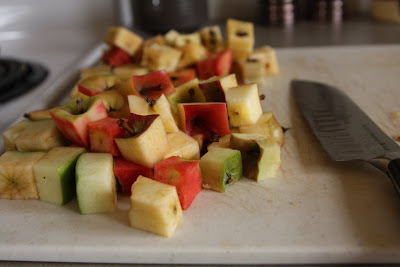 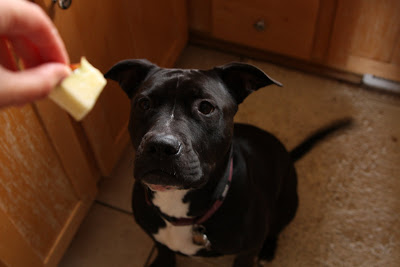 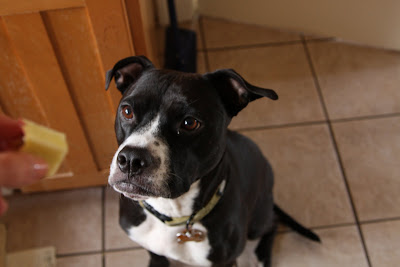 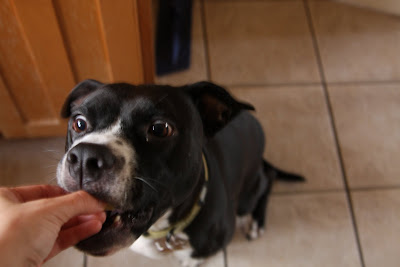 4. Blend the apples in batches (I fit about 3 apples at once), using a little apple juice to get the sauce a mixin'. You can actually skip this part if you want, and just cook the apples longer. 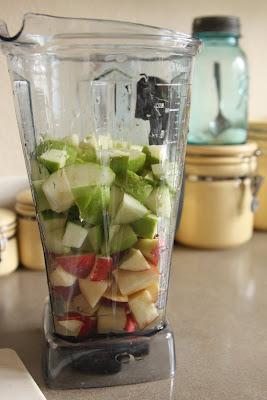 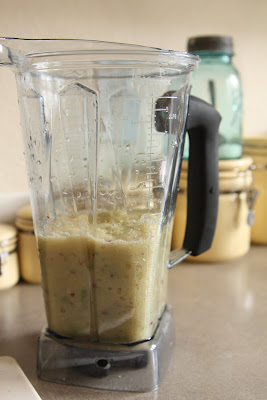 Plop it into a big pot. 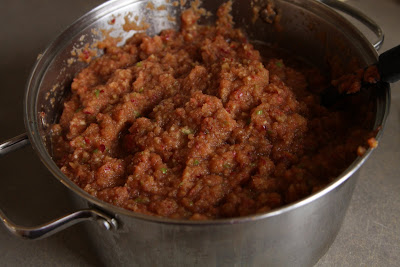 5. Cook your applesauce for 30-50 minutes, until it's as soft as you want it, and HOT! Add sugar if needed (mine didn't), cinnamon, and whatever else tickles your fancy. I left mine somewhere between chunky and smooth.

6. Fill your hot, sterilized jars with applesauce. Here's where the canning funnel comes in really handy. Place a dry lid on each jar.

8. After the boiling, I took the rings off so they wouldn't rust from the moisture. I'm going to put them back on after they've dried.


How to sterilize jars
1. Wash jars and lids in hot, soapy water. Rinse with hot water and set aside to dry. 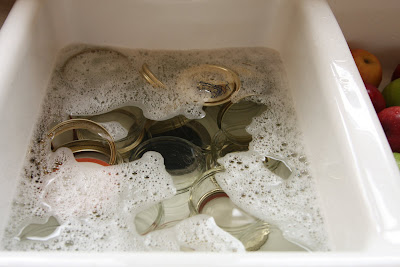 2. Sterilize them in the oven, in a pot of boiling water, or by using another method. I opted to put them on a cookie sheet in the oven for about 10 minutes at 350*, but according to this website, I didn't need to since I later boiled the filled jars. I've used the boiling method before, but it's tricky without the proper tongs! 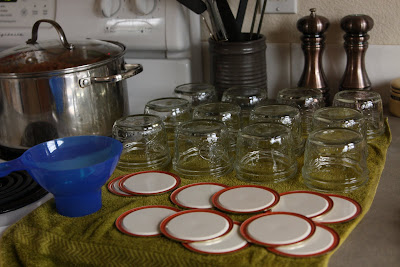 3. Once sterilized, fill jars with apple sauce and then boil in a pot for 15 minutes. 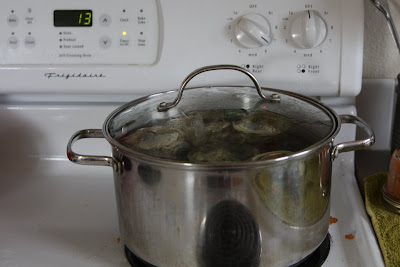 My 23 remaining apples turned into 17 half pints and 1 quart of applesauce. I'll leave the math up to you. 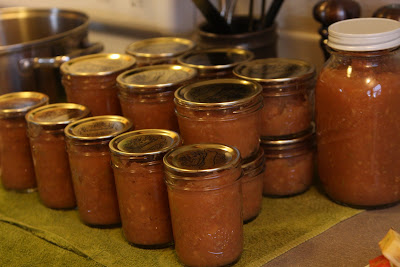