My plans changed for the morning, which allowed me to bike over to Tula, a new gluten-free bakery in my neighborhood. They opened a few weeks ago, and aside from getting an iced soy latte to go (quite good!), I haven't tried any of their fare. Contrary to their Facebook page, only about 50% of their baked goods are vegan. 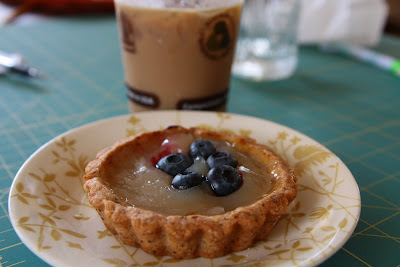 I decided to get a lemon tart and iced latte to go. The tart got a little rough-looking from the bike ride home. Luckily, it stayed in one delicious piece. The tart was, well, tart, with a real lemon taste in the filling. The crust was a bit dry and cracker-like, but nutty and tasty all the same. The sweet pop of the blueberries complimented the tastes and textures of the crust and filling.

The latte was tasty too!

I'll be going back, for sure.

The stars aligned and I was able to buy a cheap last-minute ticket to Vida Vegan Con this past weekend. Among many other things, my ticket afforded me a gorge fest with an array of rich, sometimes less-than-healthy, foods. In addition to that, Matt and I played host to our Couchsurfing guests and ate out quite a bit in the past several days. (More on the conference in the next post!)

Today I was craving simple, fresh foods, so I made a tasty tabbouleh salad and majadra for dinner.

The tabbouleh contained our first ripe tomatoes, our first lemon cucumber, and some parsley from the garden, as well as bulgur wheat, minced onion, lemon juice, olive oil, salt, and pepper. 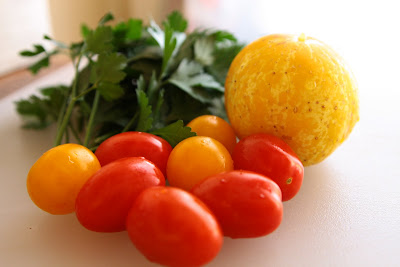 The whole grain bulgur wheat added quite a bit of earthy nuttiness, and I just let it soak in water instead of cooking it. 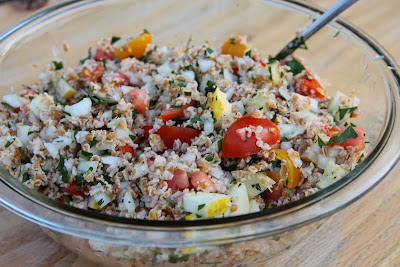 After enjoying majadra for years at Middle Eastern restaurants, I watched an episode of Everday Dish and decided I should make it myself. Well, that was a while ago, but I've finally gotten around to making this simple dish. The dry fluffiness of this slightly salty dish is enhanced by the sweetness of the caramelized onions. It's a really comforting dish. And guess what. I followed this recipe exactly. That's almost a first for me. 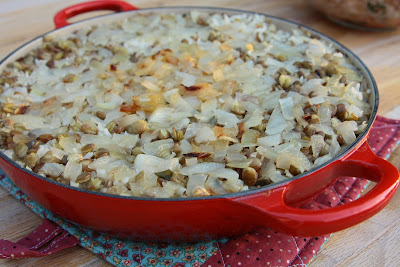 Quite a nice pairing I think. 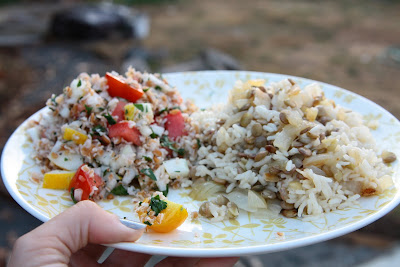 The recipe for these absolutely delightful sweets came from Madcap Cupcake's blog. Sooo tasty. I blame my oily almond butter for the spreading, but these crisp, rich cookies are so yummy, I don't mind one bit. Only five ingredients and no flour, whatsoever. 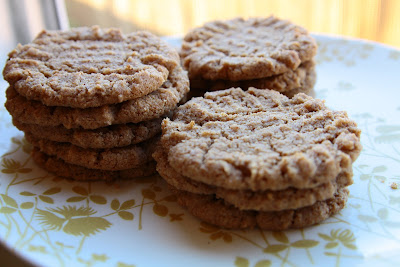 What was that? You noticed that I've already eaten a few of them since they came out of the oven half an hour ago? So?

My photographer friend, Carly, came over to assist with a fun project yesterday. We have the honor of appearing in the Cares4Pets 2012 calendar, scheduled to be released in a few months, and Carly snapped some great shots of the four of us together. As you can imagine, it's not always easy to photograph pets, and given that ours are of a particularly squirmy variety, Carly did a fabulous job! I like how so many of them feature Emerson's tongue on Matt's face.

Which shot is your favorite? 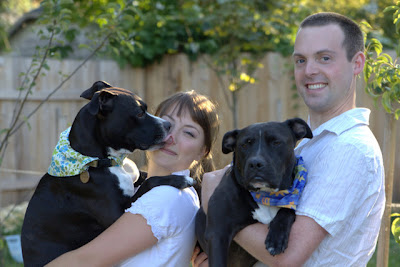 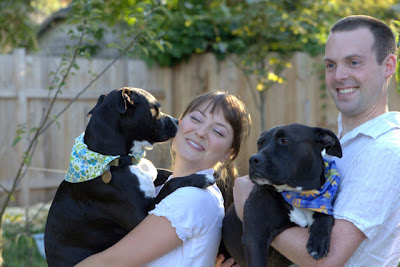 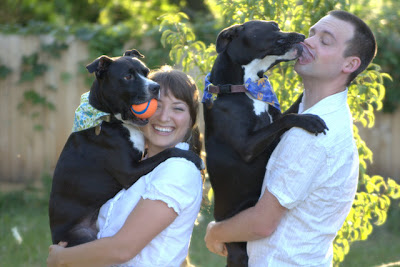 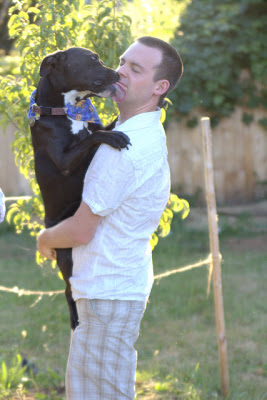 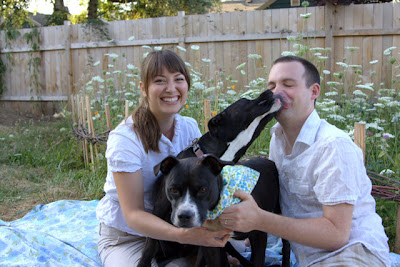 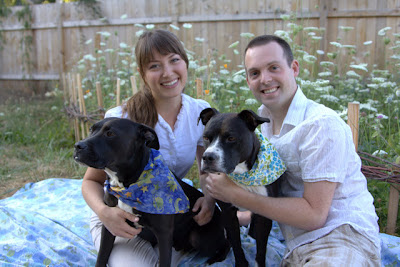 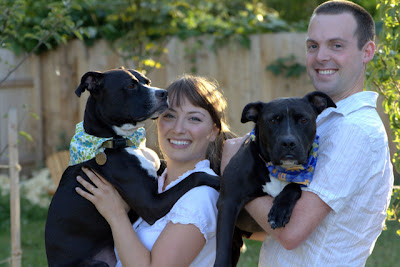 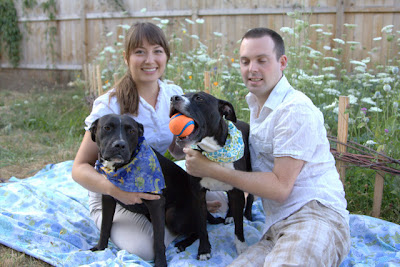 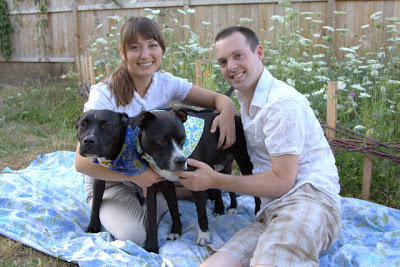 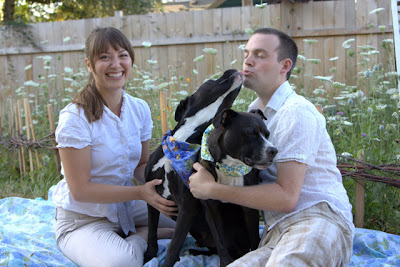 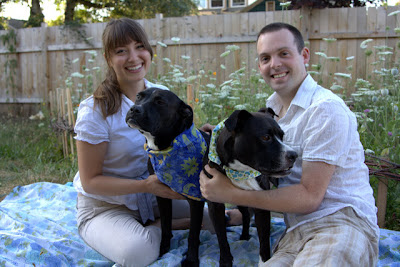 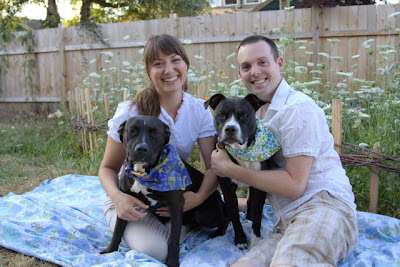 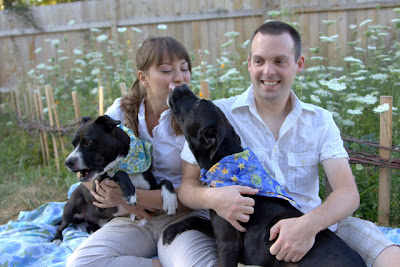 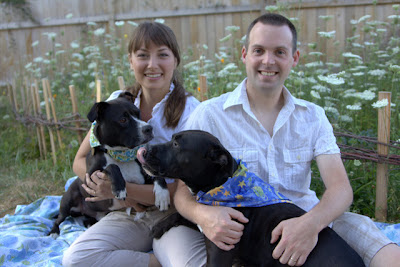 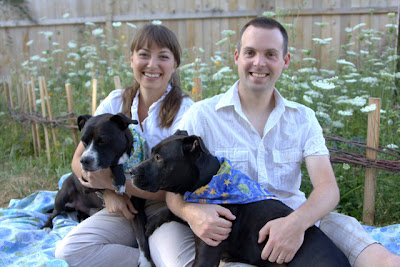 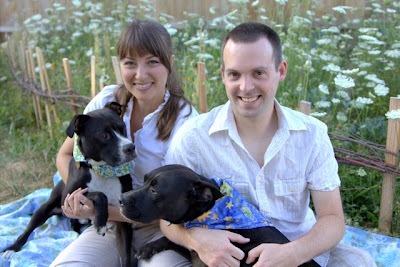 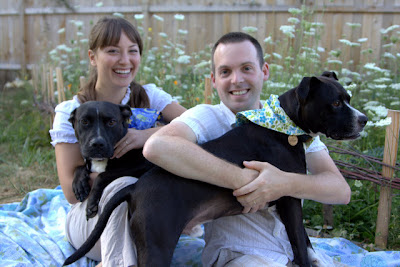 (Don't worry; The chosen image will be much crisper than those portrayed here.)
at 1:46 PM 7 comments: Links to this post