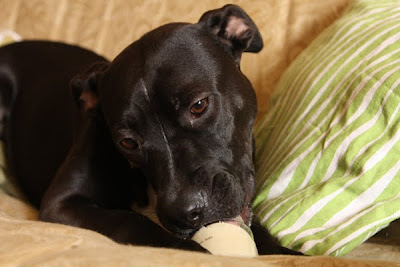 The original idea was to use these treats as a reward for training purposes, allowing the boys a few licks here and there. I may try that soon. I also just like the idea of giving them something as a treat that they can lie down with and enjoy for more than 5 seconds.

Andy and Emerson go gaga over these things.

I'm still looking for a vegan dog chew that'll last longer than dehydrated sweet potatoes! Found some in the UK, but shipping is astronomical.
at 4:24 PM 1 comment:

This week DocDufresne and I headed over to Rangoon Burmese Restaurant in Chinatown for a Meetup dinner. There were several vegan dishes and a helpful wait person that had our backs when it came to ordering.

What an awesome group of people! Everyone passed around the dishes they ordered so that all at the table could sample. 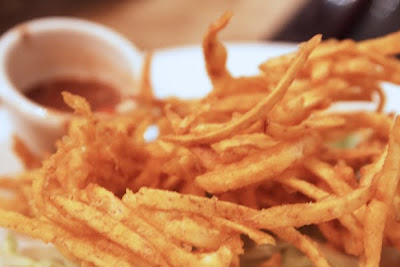 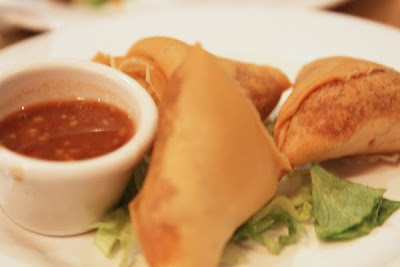 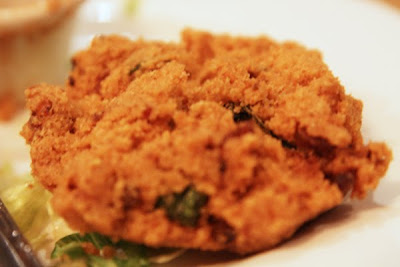 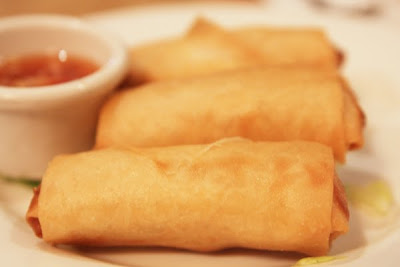 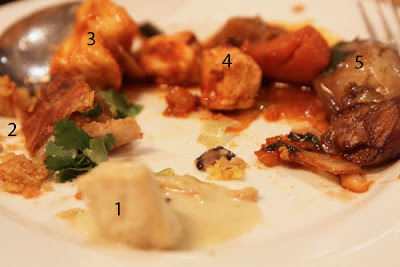 1. Jungle Tofu
2. Vegetarian Keema
3. Chili Tofu
4. Mango Tofu
5. Eggplant Pin Sein
Monsoon Vegetable (not pictured)
Overall, the dining experience was decent. The appetizers were good and I liked the Jungle Tofu dish the best. I felt the food wasn't quite worth the price. I hear they have a more affordable lunch menu. When in the area, I'll probably just go across the street to Kingdom of Vegetarians, a completely vegan restaurant, which, in my experience, has been a better value (just be prepared for greasy food!).

Also: Spring is almost here! My aunt came for a visit last weekend and brought along these lovely daffodils! 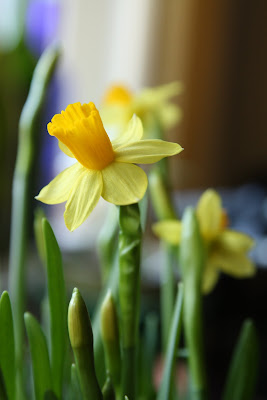 With all the snow we've had recently, DocDufresne and I have gotten pretty good at "pantry cooking." Last week I was especially happy with two meals we had.

Dinner 1: Mini Ciabatta with Hummus and Veggies
DocDufresne has been experimenting with different recipes from the Bread Baker's Apprentice. He made some mini ciabatta, which we sliced open and filled with homemade hummus and tahini, tomatoes, and arugula. Oh drippy goodness. 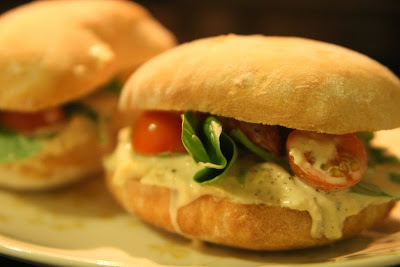 BTW: Hummus made from (soaked) dried chick peas is sooo much better than from the canned version. I'll never go back!

Dinner 2: Southern Style Black Eyed Peas with Kale and Cornbread
I had the foresight to soak some black eyed peas during the day. I based the dish off of this recipe, omitting the liquid smoke* and adding diced vegan hot dog. I also used kale instead of collard greens. The cornbread was loosely based off of a recipe on the corn meal package. I added diced jalapenos to Doc's. Isn't the cornbread cute in the individual ramekins? I love when I can bake in the toaster oven. 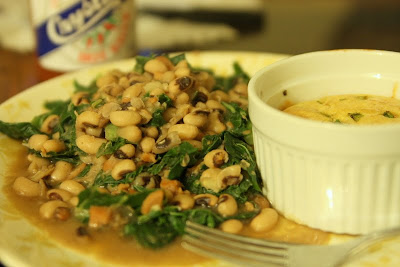 We love Crystal hot sauce in our house. 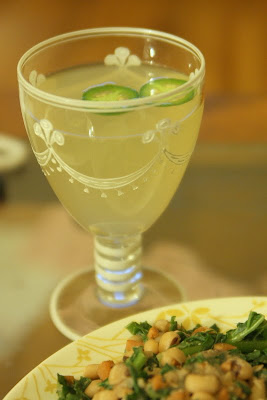 I thought of my friend, Ladybeth, as I sipped on my margatini. It's just lemonade with tequila and sliced jalapeno. I also made "Melt in You Mouth Fudge" from Sinfully Vegan. I topped it with pecans. 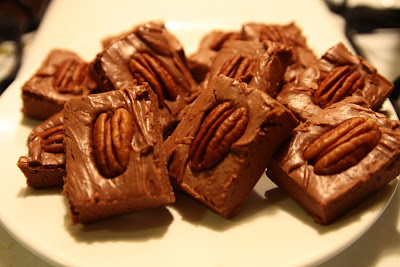 *Due to an awful liquid smoke overload experience, DocDufresne is forever turned off from the ingredient.

Lastly, as promised in the title of this post: Dogs! 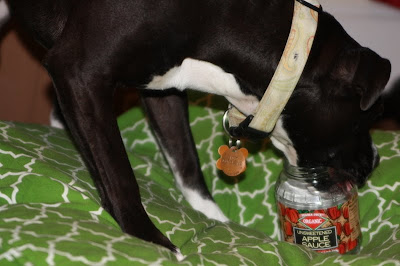 Andy kindly offered to clean the applesauce container, even carrying it back to his bed. 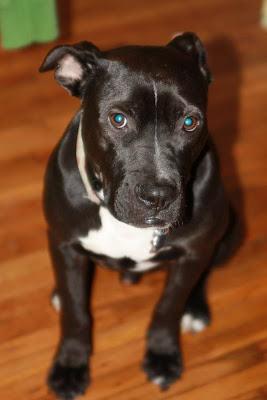 And Emerson. What a Cutie.

DocDufresne and I volunteered at a Cares4Pets adoption event on Saturday, where I got to play with a bunch of cute pups, including an adorably sweet three-legged puppy, and a much-younger Andy-look-alike. Doc took photos!