For those that know and love ferns

Since arriving in Oregon, my camera has barely made an appearance. However, DocDufresne and I snapped a few photos during a lovely hike in Tillamook State Forest, where we saw many kinds of ferns including a mystery fern, seen in the first two photos. Anyone know ferns of the Pacific Northwest? I'd love to identify it.
Mystery fern 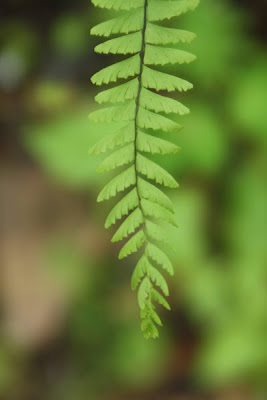 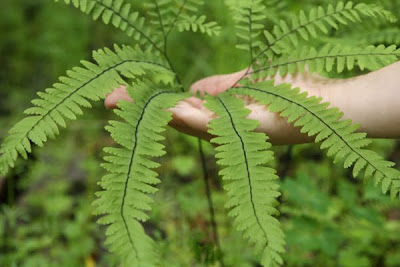 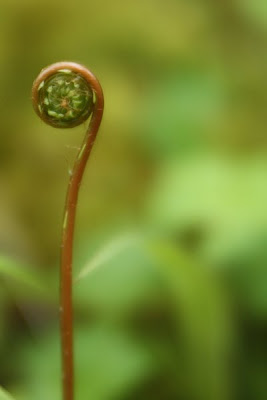 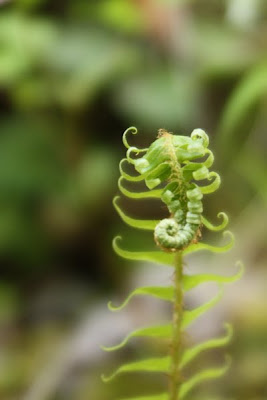 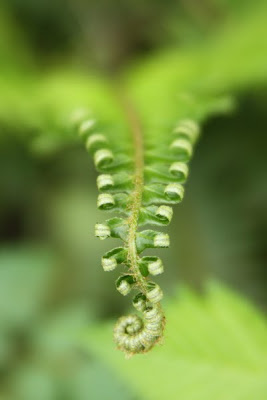 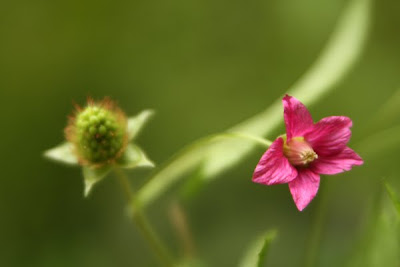 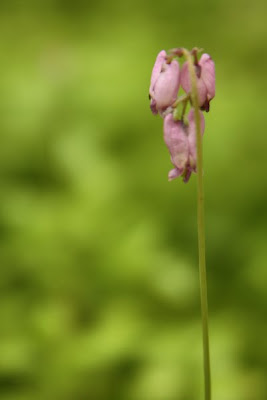 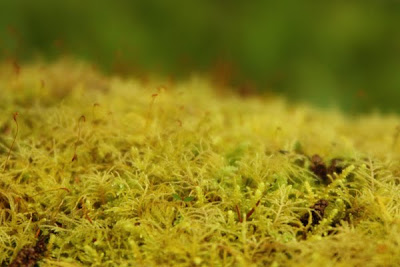 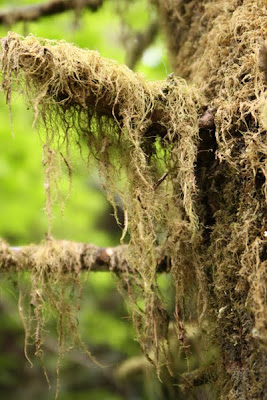 In other news, we've been house hunting, which is both exciting(!!) and a little daunting. Doc and I are both really looking forward to living in Portland, as opposed to the suburbs, where we're temporarily residing. We're excited to (at last!) have room for a garden and still live in an incredibly walkable/bikeable area. Tonight we're taking a second look at a house that may be the one. Wish us luck!!
at 6:12 PM 3 comments:

It's been four weeks since we've been in Oregon! I figured it was about time to talk about our trip here!

The four-day drive from Philadelphia (technically we started in Baltimore) to Portland (technically we ended in Hillsboro) was mostly a rainy one. We didn't take very many photos along the way, mostly due to the rain, but also because there wasn't much time dilly-dallying. That being said, we did see some amazing sights on the road. This is certainly a beautiful country and I was thrilled to see so much of it. 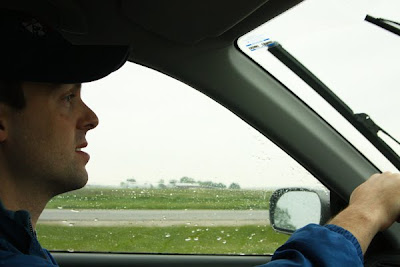 Doc and I shared the driving, thank goodness. 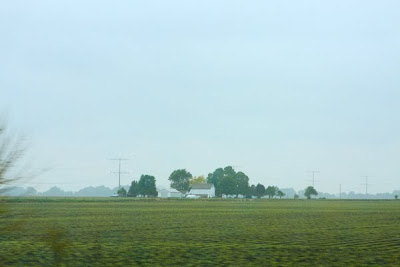 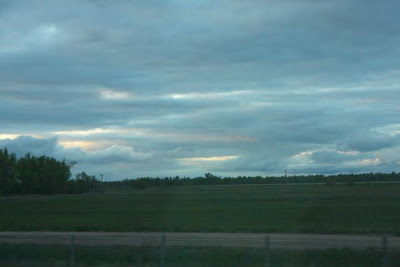 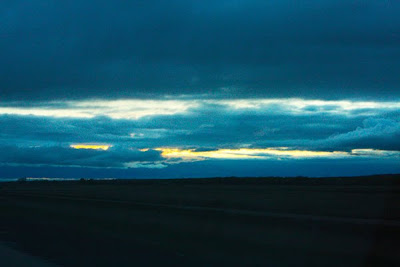 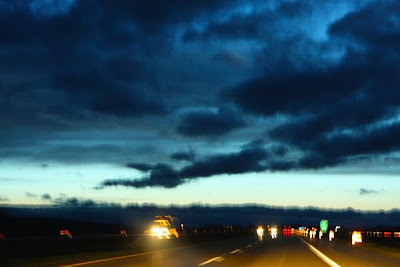 The hand of god, pointing us in the wrong direction. 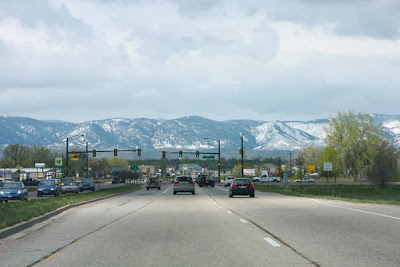 Sunny Colorado. Finally, no more rain...for a short while. 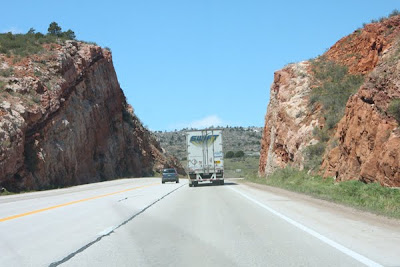 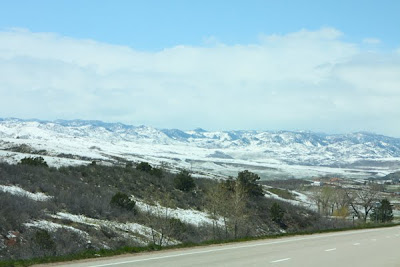 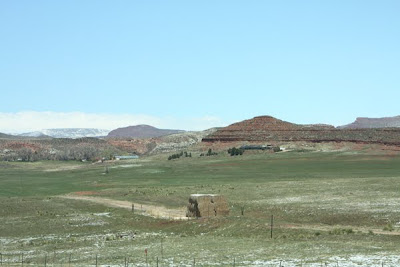 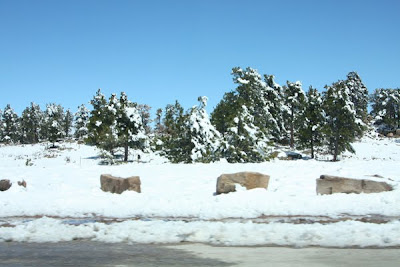 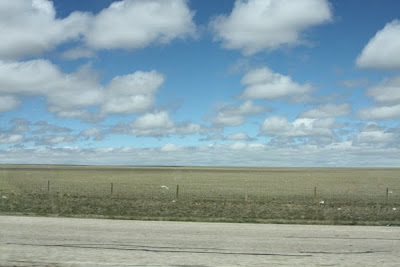 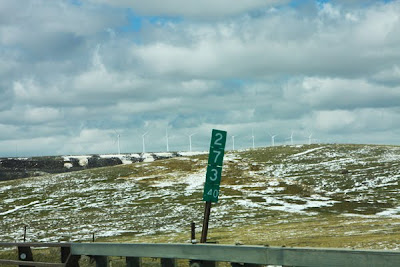 Some of the many windmills we saw along the drive. So cool. 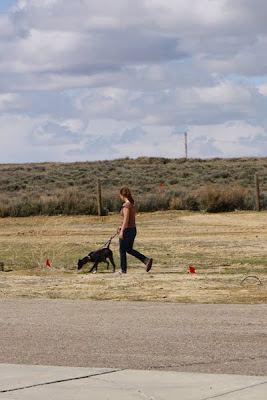 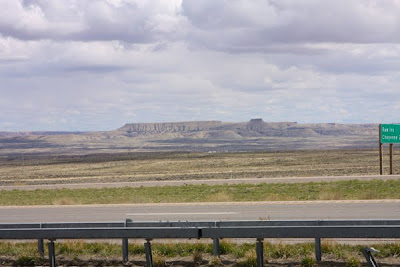 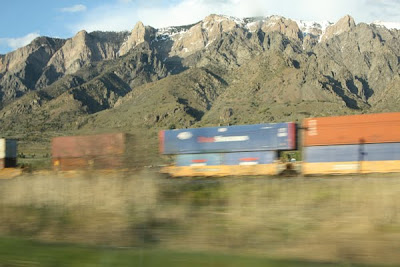 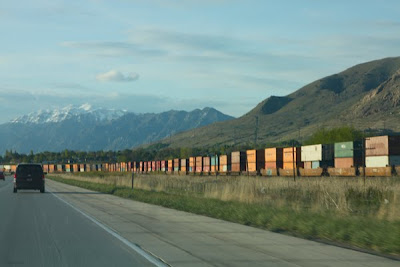 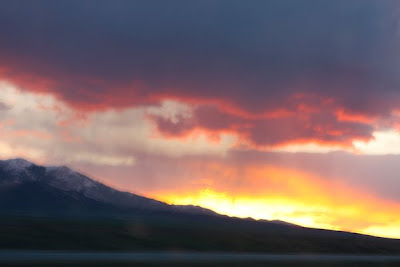 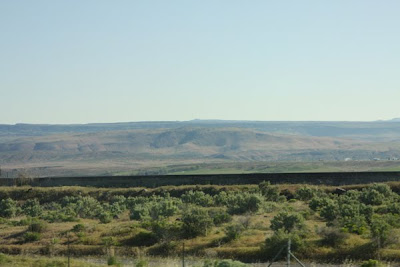 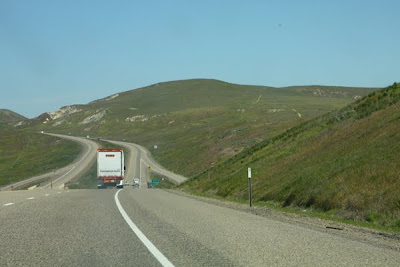 I tried to capture a photo of the two doggles in the back seat, drugged and cuddling with each other. However, Honda Civics don't afford much room for photo taking, and nothing came out. Andy and Emerson are not the best car riders. Usually Emerson is crated in the back and Andy "sits" on the lap of whomever is not driving. We decided that wasn't going to work for this loooong trip. I found this contraption, which worked beautifully! The first day Andy and Emerson found ways to stick their heads through the bars, but for the most part they settled down after that.

Much to Ladybeth's dismay, we also have no photos of food, although we did have some good eats along the way. My favorite must have been the burritos we got from Bandit Burrito in Des Moines, Iowa.

Overall, it wasn't too bad of a trip. Our time constraint made things difficult (Matt started work a day and a half after we arrived in Oregon!), but it would have been challenging to have the dogs in the car for a longer amount of time.

My biggest piece of advice to those that may move across country: Leave your stuff behind! Have important items shipped, but otherwise just get new "stuff" on the other end. Believe me, it'll save you THOUSANDS of dollars! Sigh...

We're here! And we're excited to begin our lives in Oregon!