When I saw the recipe for Green Skordalia in my Moosewood Restaurant Celebrates book, I decided it would be perfect to try during MoFo.  According to the cookbook, Skordalia (also called Skorthalia) is a "pungent Mediterranean garlic paste" which is enjoyed on toast, whisked into soup, dolloped on veggies, or served as a dip.  Usually white with bits of herbs in the mix, this Skordalia is green due to the kale. 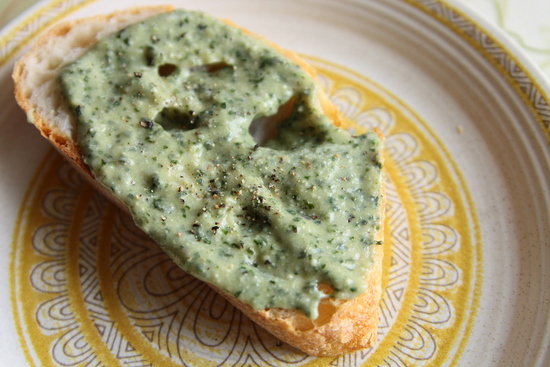 The recipe was pretty quick and simple.  Basically throwing the ingredients into a food processor.  It was definitely GARLICKY with the recipe calling for 6-8 cloves of the raw stuff.  I was slightly off put by the slimy texture, which I assume came from the kale.  Still, it was tasty and I now have a ton left over.  I think I might turn the leftovers into soup.  By the way, I replaced the yogurt in the recipe with a blended cashew sour cream. 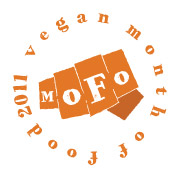