A few nights ago my friend T spent the night on her way up to NY from Florida. She'll be going to Quebec with us in a few weeks, so be prepared for photos from our trip. Anyway, on her way she stopped at Sticky Fingers bakery in D.C. and picked up a ton of food, including three meals (all delicious), 4 Cowvin oat bars, and 3 scrumptious cupcakes. 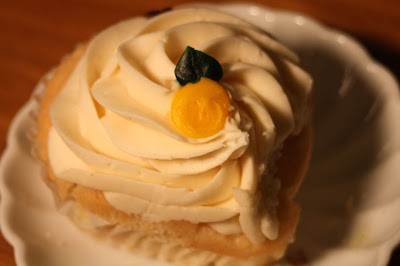 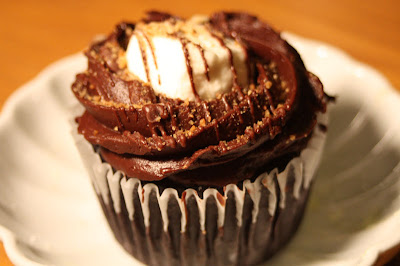 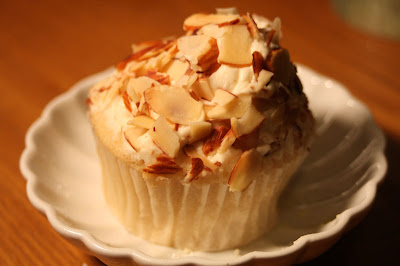 I didn't realize she was going to stop at Sticky Fingers, so I made some dessert of my own. Not only did I still have leftover Wheat-Free Chocolate Chip cookies (from Veganomicon) that I had made for my coworker, who helped out with Andy last weekend, but I also made Lemon Bars (also from Veganomicon). 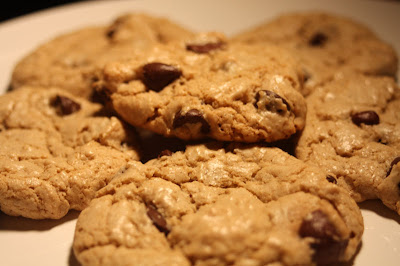 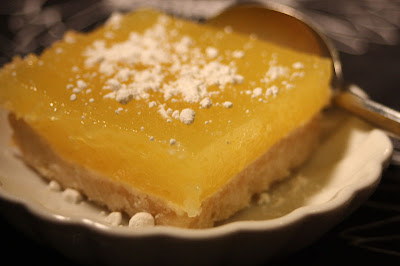 During the after-dinner-clean-up,
(Hot and Sour Soup, Veganomicon) 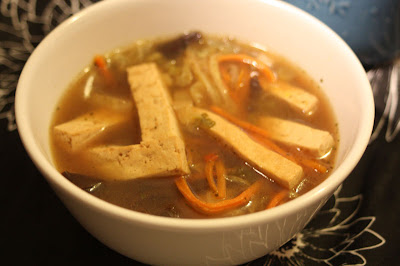 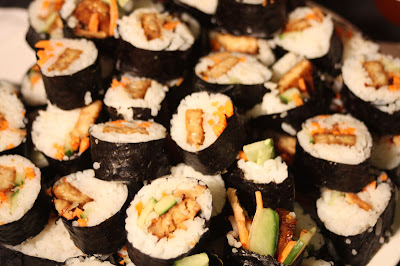 there was a minor accident with arrowroot. Andy didn't really notice that his face was covered with the stuff, but boy was it funny! 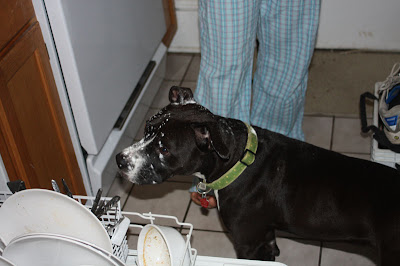 And because I don't think this post has enough dessert photos, here's a picture of the cupcakes I made last weekend for M, our dog sitter. (Vanilla with Cookies and Creme icing from Vegan Cupcakes Take Over the World) 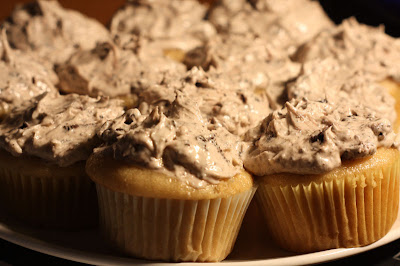