Preparing for a whirlwind trip

This weekend DocDufresne and I are flying down to Fort Lauderdale for my youngest brother's Bar Mitzvah. In addition to preparation for the event and running around the day-of, I'll attempt to fit in visits with friends including my friend K that recently had a baby. I'm excited that I'll get a chance to see several of those that I've missed so much!

We found someone to sit for Andy, since we vowed not to board him again. The sitter has a larger dog named Calvin and the two became fast friends. They met a few weeks ago and then again this evening. I'm so glad that it's working out well. 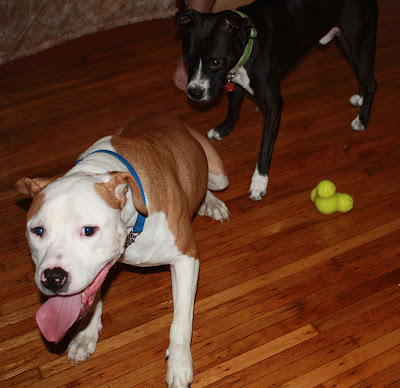 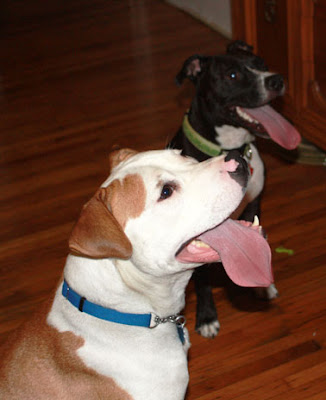 Aaand I finally got Veganomicon last week. DocDufresne and I tried a couple of recipes this week. We made "Snobby Joes" last night and "BBQ Black Eyed Pea Collard Rolls." I omitted the mustard in both of them and they were DE-LISH! While the collards dish took a while to prepare, it was fun and definitely something I haven't made before. 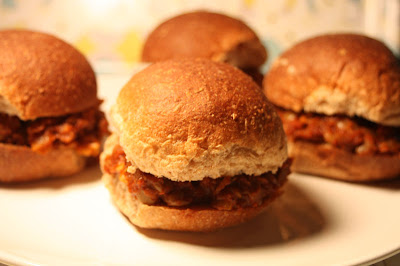 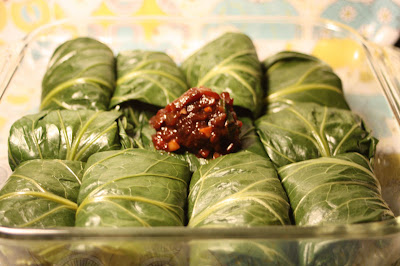